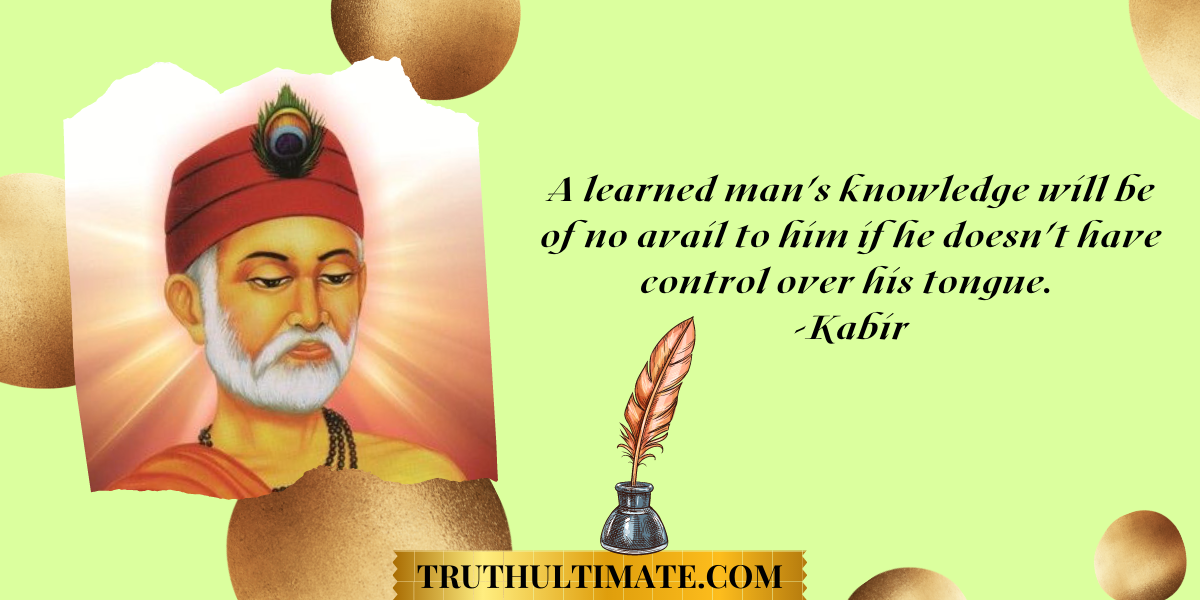 He was a man of revolutionary thoughts who tried to strike superstition, orthodoxy, and social evils. The great mystic was way far ahead of his contemporary age in thoughts and ideas. The enlightened saint had no formal education; however, his ‘Dohe’ and ‘Shabd’ give everlasting imprints on human minds.

Like Lord Buddha, he attained Nirvana in this very life and distributed the fruits to whole humanity till lifetime. The birth and death of Saint Kabir are still one of the greatest mysteries in the spiritual world. He showed the reality of the world and warned the human beings to be out of the grip of Maya or the illusion.

He was a mystical poet and an Indian saint in the 15th century, and his thoughts can really positively influence everyone’s life. 50 Kabir quotes serve as a great inspiration to humanity across the globe.

Here are the 50 Kabir quotes which potentially have transformed the lives of the millions on this planet.