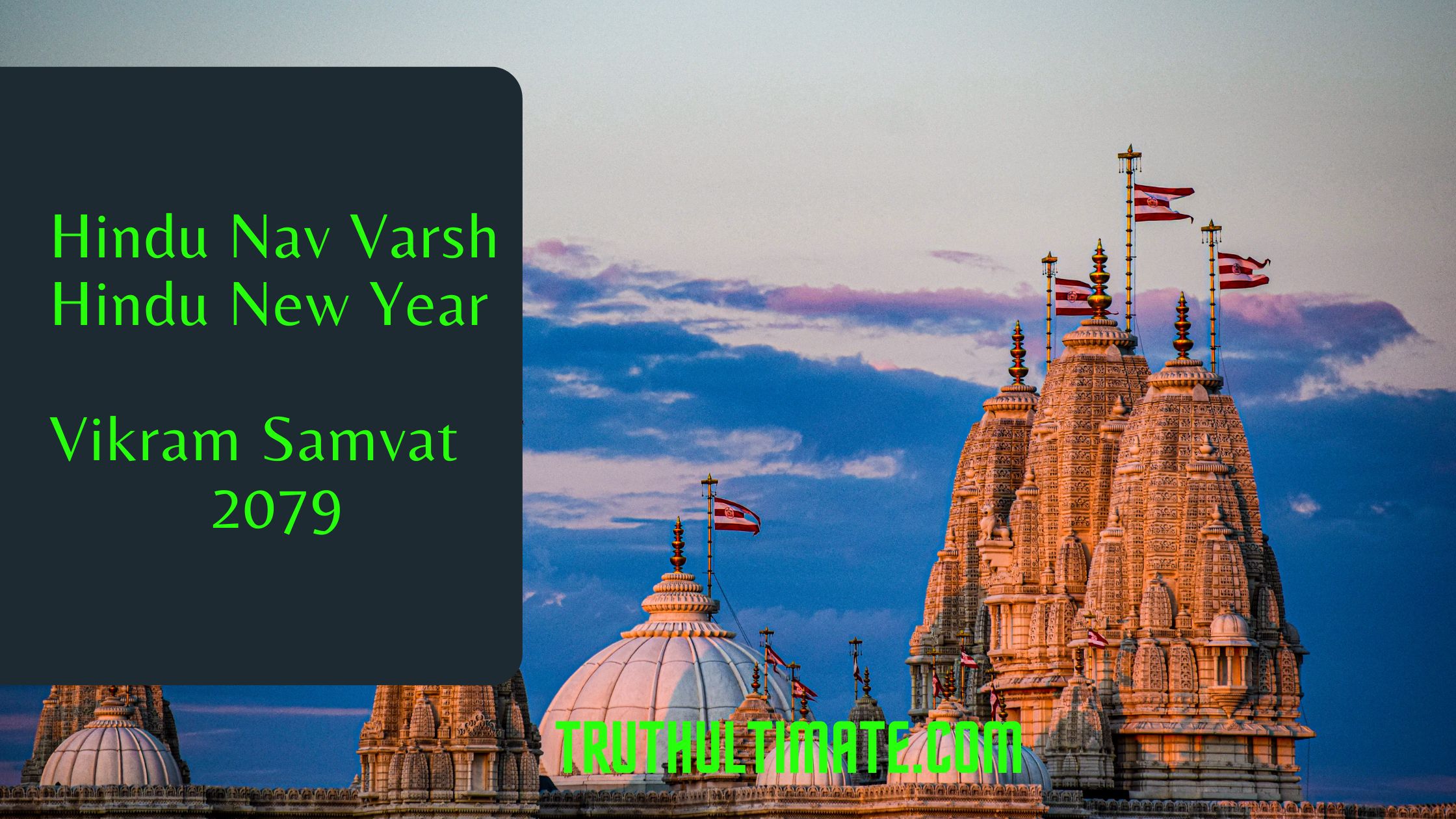 What is Hindu Nav Varsh?

The tradition of commemorating this important festival was started by Emperor Vikramaditya. In India, this is remembered by different names, like Ugadi, Gudi Padwa, Nav Samvatsar, and Vikram Samvat.

There are a few things one has to understand about this new hindu varsh. According to the beliefs in Hindu mythology, Lord Brahma created this world on the first day of Vikram Samvat.

Also, on this auspicious day, the coronation of Dharmaraj Yudhishthir and Lord Ram took place. The new Panchang also starts from this new year.

In a Vikram Samvat, there are twelve months. Each of these months comprises 30 days. A week has seven days. Using this calendar, the date is calculated.

Even the calendars of other major religions of the world are made by the Vikram Samvat calendar as a reference.

The day in Vikram Samvat is calculated by considering sunrise as the base. With each sunrise, the day begins and ends with the next sunrise.

Every month in the Vikram Samvat has two parts – Krishna Paksha and Shukla Paksha. Each of these parts has 15 days.

Thousands of Hindus greet each other on the auspicious day of Hindu Nav Varsh in numerous ways. A majority of people use messages and statuses to celebrate and greet each other.

Given below are some of the popular Hindu Nav Varsh 2022 status messages Hindus use to greet one another:

The Hindu Nav Varsh starts from the Pratipada date of Shukla Paksha of Chaitra month. This year, the this started from Chaitra Navratri. The date falls on Saturday, 2nd April.

This new varsh is an important day for Hindus all across India. This day marks the beginning of the new year. Accordingly, people celebrate the day in numerous ways.

One of the most popular ways of celebrating the occasion is by sending messages and statuses.

The Hindu Nav Varsh ki Hardik Shubhkamnaye messages are exchanged between people and mark the beginning of the new year among Hindus.

Hundreds of shubhkamnaye messages can be chosen by you to greet your near and dear ones.

Hindu Nav Varsh 2022 began on Saturday, April 2. The Hindu Panchang is the scientific and universal calendar and according to it, the new year begins on April 2.

On this special occasion, Hindu Nav Varsh 2022 ki Hardik Shubkamnaye wishes and messages are circulated between friends and relatives.

The idea behind sending 2022 ki Hardik Shubkamnaye messages is to spread happiness and welcome the new year with lots of positivity.

Vikram Samvat, also known as the Hindu New Year is celebrated in April. On this day, Gudi Padwa is also celebrated in Maharashtra.

This year, the Hindus will be celebrating Hindu Nav Varsh 2079 on 2 April. During the entire duration of the festival, people worship Goddess Durga in her various forms.

There are many historical significances attached to the Hindu Nav Varsh 2079. It is widely believed that on this day the universe was created by Lord Brahma.

On this day, other creations of Lord Brahma, including main gods and goddesses, Gandharvas, Yaksha-Rakshasas, mountains, rivers, sages, insects, and birds are also worshipped.

Officially, this day is also when the new Samvatsar starts. Therefore, this date is also called the ‘New Samvatsar’.

The Hindu Nav Varsh 2023 will be celebrated by different sects on different dates in India. Also, its significance varies according to the culture.

In North India, the Hindu community will celebrate the the new varsh 2023 on 22 March. This will be an auspicious day.