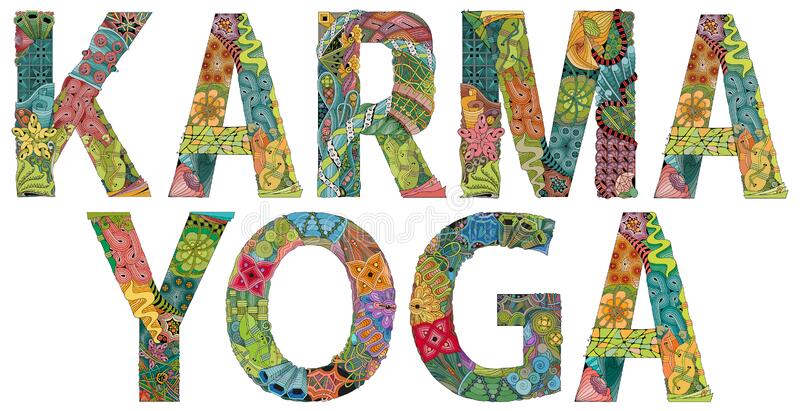 Karma yoga denotes the unification of the ‘soul’ with the ‘supreme soul’ based on our own Karma. Generally, karma yoga refers to the Karma performed by human beings or any creature in this universe throughout life. However, understanding Karma itself is a very particular and secret determinant. A person who understands the ‘essence of karma’ can also succeed in karma-yoga.

WHAT IS KARMA YOGA

The most critical element in ‘karma yoga‘ is the factor of Karma. Generally, Karma is interpreted only as work or activity performed in bodily or physical form. Karma’s most important aspect is that it is a combination of Karma performed at the physical, emotional, and mental levels. The effect of Karma or the determinants of destiny is not only the Karma performed by the body or done at the physical level. However, human beings’ fate is the result of Karma at the mental level i.e., our thoughts, intentions, and emotions.

The principle of karma yoga is based on the concepts that the very deeds or act of Karma brings its results in time. The universe works on the rationale of the cause-effect principle of Karma. What the result we get is the direct or indirect result of our acts or Karma. This mighty principle bounds the whole universe. The principle karma yoga has universal relevance and scientific validation.

As it implies the union or unification of the soul to the supreme soul, yoga has several paths for the unification. The paths of yoga combine – Karma, bhakti, jhan/Gyan, and yoga itself. The paths are different in its orientation and practice; however, all paths lead to the confluence of the individual consciousness with the supreme consciousness.

The Karma and yoga are both different as well as complementary to each other. Each activity we do is not karma yoga. The karmas, which is Nishkam , where there are no expectations for the result, falls under this yoga. Broadly this yoga is characterized into two broad categories- Sakam karma and Nishkam karma yoga.

implies Karma is done by considering the results of the Karma. From a spiritual perspective, these Karma tells nothing but intense bondage in this world.

interprets as the Karma done without considering the results the the Karma. It is believed that these Karma leads to real salvation for humankind. The human being should concentrate only on the karmas without contemplating the results. The results are uncertain, and a human being as a karma yogi has no right over it. Human beings have only right over his Karma while performing in the best possible way.

It implies that you have a right to perform your prescribed duties, but you are not entitled to the fruits of your actions. Never consider yourself to be the cause of the results of your activities, nor be attached to inaction.

KARMA YOGA ACCORDING TO VIVEKANANDA

Swami Vivekananda is one of the most revolutionary thinkers of his contemporary age. His own life was a true reflection of karma yoga. Karma yoga (the yoga of action ) is a book transcribed by Joseph Goodwin based on the lectures and interpretations of this yoga by India’s great saint, Swami Vivekananda. The book contains classical interpretations of this yoga in eight different chapters; however, the most critical essence is that Karma has its Effect on Character.

Lord Krishna states that a human being cannot remain idle without doing the Karma. The fundamental nature of human beings is broadly categorized as -sattva, rajas, and tamas. Based on nature, each human being is bound to do the Karma accordingly. However, Karma’s intention determines whether it’s only Karma or, in reality, it is Karma yoga. Human beings can follow karma yoga and attain salvation freed from the vicious cycle of life and death in our daily lives. The most significant characteristic of this Yoga is that we can follow and execute in our everyday life. This yoga is nothing but the knowledge or wisdom and change of attitude of the practitioner.

Karma yoga is not simple affairs; however, it’s very simple, once we understand the fine line between karma and karma yoga. The doing of only Karma will push you for more materialistic attachments in these worlds. Once you have attachments, the sanskara will not weed out. If sanskaras are remaining, they will ultimately be responsible for your next birth based on your Karma. On the other hand, as we discussed earlier, this yoga is the same doing of Karma; however, Karma’s fruits are surrendered to the Almighty. This complete surrender makes you detach from the ‘Paap’ and ‘Punya’ of Karma. If you perform all the Karma, you are no longer attached with it, and ultimately there is no Sankara for the rebirth of yours. You can attain salvation in this very life and can be free from the cycle of life and death.

1.One cannot achieve freedom from karmic reactions by merely abstaining from work, nor can one attain perfection of knowledge by mere physical renunciation.

2. There is no one who can remain without action even for a moment. Indeed, all beings are compelled to act by their qualities born of material nature (the three guṇas).

3.Those who restrain the external organs of action, while continuing to dwell on sense objects in the mind, certainly delude themselves and are to be called hypocrites.

4. But those karm yogis who control their knowledge senses with the mind, O Arjun, and engage the working senses in working without attachment, are certainly superior.

5.Work must be done as a yajña (sacrifice) to the Supreme Lord; otherwise, work causes bondage in this material world. Therefore, O son of Kunti, perform your prescribed duties, without being attached to the results, for the satisfaction of God.

6.Therefore, giving up attachment, perform actions as a matter of duty, for by working without being attached to the fruits, one attains the Supreme.

7.As ignorant people perform their duties with attachment to the results, O scion of Bharat, so should the wise act without attachment, for the sake of leading people on the right path.

8.All activities are carried out by the three modes of material nature. But in ignorance, the soul, deluded by false identification with the body, thinks itself to be the doer.

9.Those who abide by these teachings of mine, with profound faith and free from cavil, are released from the bondage of Karma.

Karma yoga prescribes the highest set of standards to be followed by humanity while performing one’s duty. No one in the world can be aloof by escaping the Karma. The very question is of paramount importance, whether it is only Karma or Karma yoga? Whether it is bondage or liberation? This question is up to you what you choose.