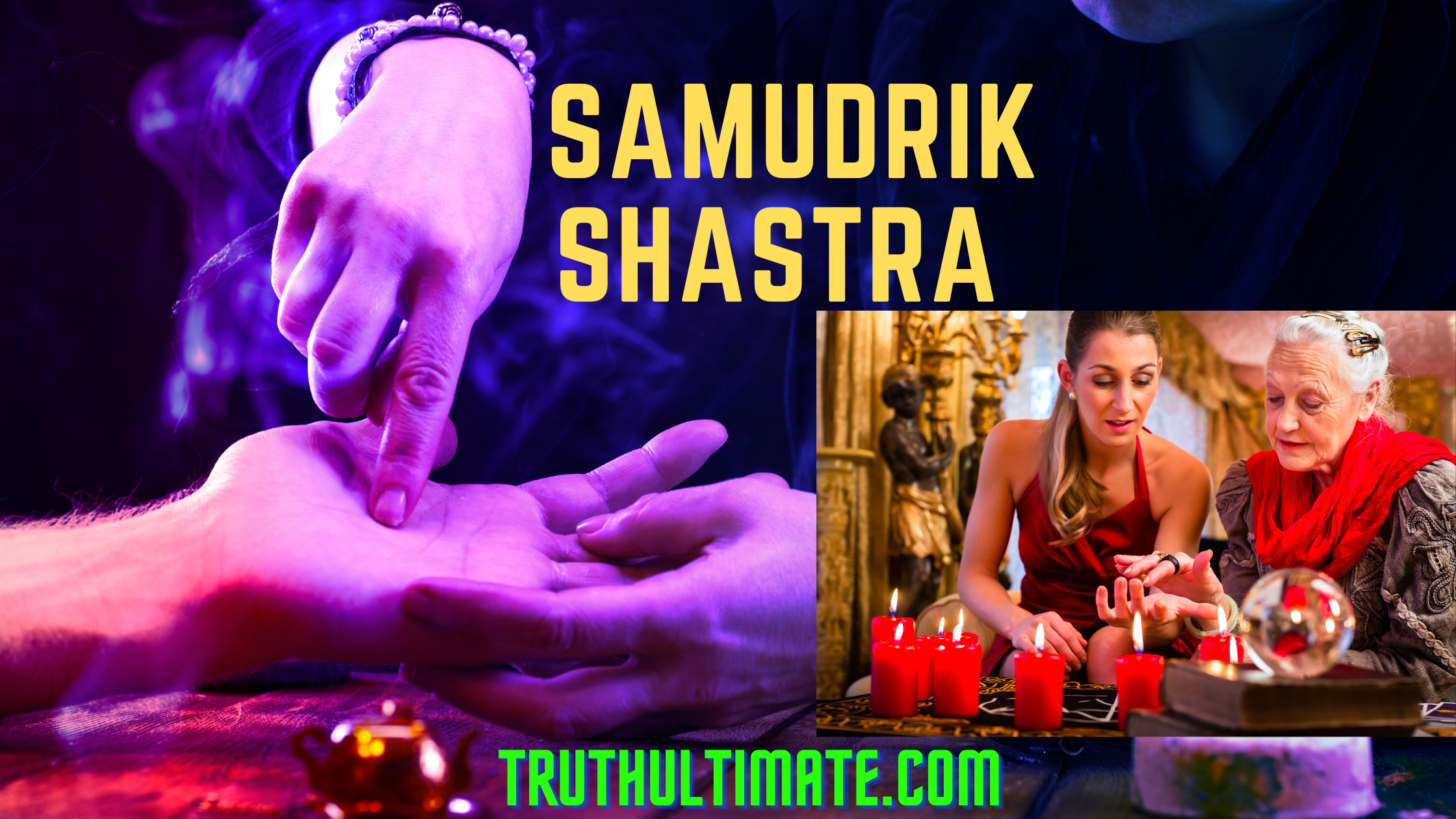 As this Vedic study incorporates face reading, phrenology, palmistry, and astrology, it is widely used in Vedic astrology. Samudrik Shastra also finds a mention in the Garuda Purana, an ancient Hindu text.

What is the meaning of Samudrik Shastra?

A part of the Vedic tradition, Samudrik Shastra comprises the study of whole body analysis, aura reading, and face reading. From the Sanskrit point of view, Samudrik Shastra means “knowledge of body features”.

According to Samudrik Shastra, each acquired or natural bodily mark holds significance in understanding one’s destiny and psychology.

The marks, diminution, elongation, depression, and elevation have their importance. The tradition of Samudrik Shastra is followed not just by Hindus, but also Jains and Buddhists.

The tradition also has similarities with other cultures where the principles of face reading and palmistry are evoked. According to Samudrik Shastra, there are five elements in humans – Agni, Prithvi, Akash, Jal, and Vayu.

In India, many traditional stories highlight the important markings found on the bodies of influential people. This tradition is confirmed by the legends about Gautama the Buddha, Rama and Krishna avatars, and Mahavira.

Understanding Samudrik Shastra male is beneficial as it tells a lot about the personality of people.

The Vedic tradition of Samudrik Shastra helps us study the structure of different organs of a male and indicate whether they are lucky or not.

It is not just the planetary constellations and Kundli that can tell the nature and future of a man, but according to Samudrik Shastra, the personality of a man can also be revealed through the structures of the body parts.

Given below are some observations one can make about males, as per Samudrik Shastra:

As with males, Samudrik Shastra has its take on different marks present on the body of a female. Given below are some of the readings you can make about females, depending on the marks found on their bodies:

According to Samudrik Shastra, the physical appearance of a person also reveals a lot about their nature. For example, people having double chins prefer comfort in life over other things.

If such people are given a choice between rest or work, then they will more likely choose rest. Therefore, success eludes them in life. To achieve something in life, people with double chin need to work harder.

Also, as these people do not have control over their food habits, it becomes difficult for them to manage their weight.

On the brighter side of things, these people remain happy and believe in sharing happiness with people around them.

Some people sport dimples on their cheeks while speaking or laughing. Such people, according to Samudrik Shastra, are very lucky and get all the support they need to get their work done.

These individuals also prove lucky to the people around them. By nature, people with dimples tend to be a little sensitive and simple. They are prudent and have an interest in studies.

Understanding the tradition or concepts of Samudrik Shastra is important for anyone interested in decoding a person’s nature or destiny.

There are many facets of an individual revealed by this shastra that make it a useful study.

Be it a man or a woman, Samudrik Shastra studies have a lot to tell based on the structures of their organs as well as other features.

Given the importance of Samudrik Shastra, it is not surprising to see it mentioned in the Garuda Purana, an ancient Hindu text.