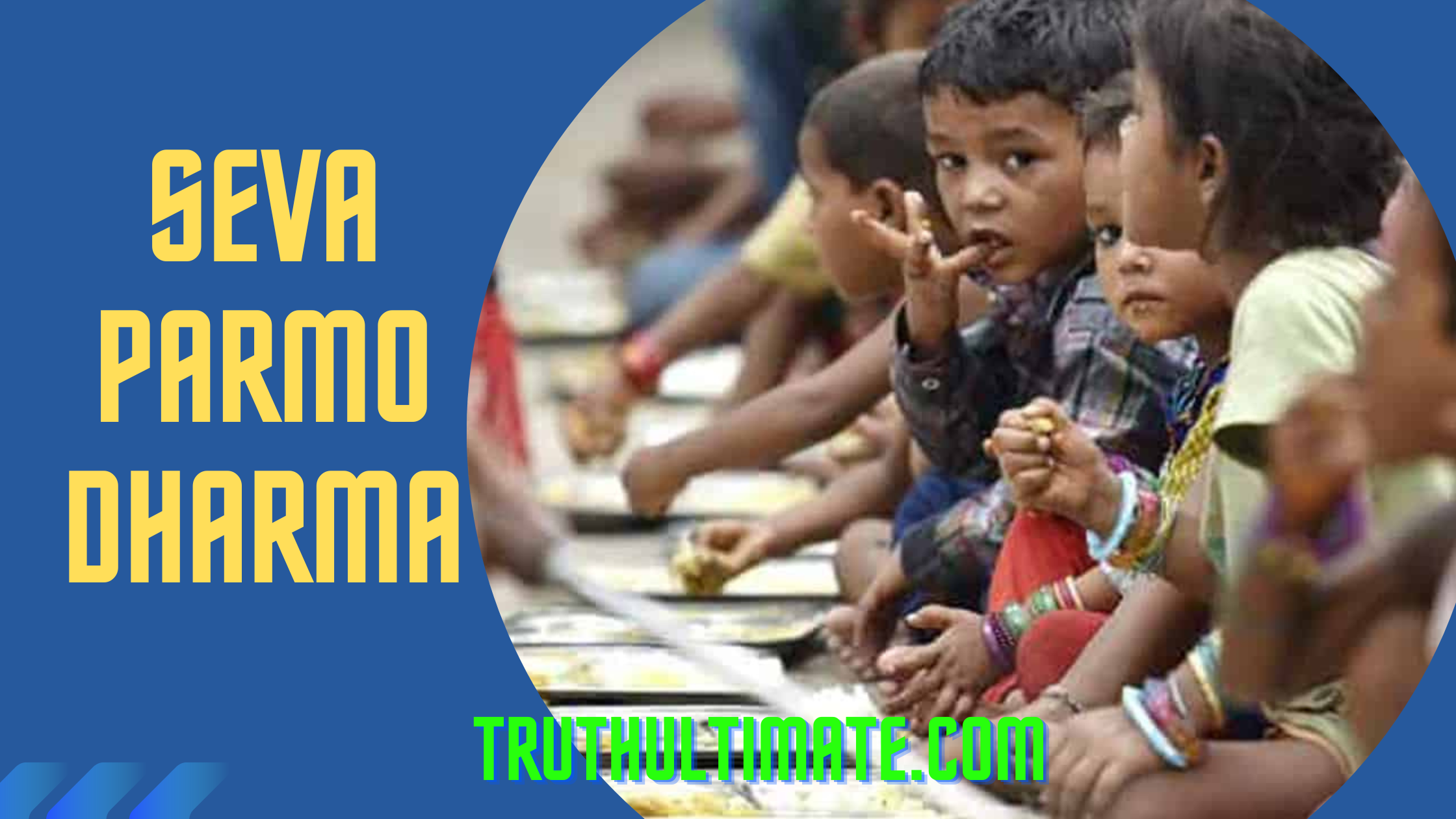 Seva parmo dharma implies “service to humanity is the highest religion”. This is considered one of the highest human values for the entire humanity.

People usually live their lives for sake of themselves. People get birth here, grow older, get married, prepare for the next generation and ultimately die one day. These all processes of life get centered around the self of a human being.

Human beings are considered as one of the highest creatures complete with wisdom, values, and sacrifice for others. These are some great qualities that differentiate human beings from animals.

However, all human beings are not filled with these humans and generous characteristics. Very rare human beings have such great qualities.

Service to others is also considered such great quality. In fact, as per Hindu scriptures and mythology service to other human beings is believed to be the value of the highest order.

Service is one of the acts when someone does something for others. Services suggest working something for the well-being of others.

Services can be for a community, society, old age, widows, children, animals, nation, or whatever the name is given for it.

The Hindu philosophy and scriptures believe in the great concept of Vasudhaiv Kutumbkam which is based upon the principle that the whole world is our family.

Such great values were part of the Indian moral and ethical system. When you assume all human beings are part of this humanity then the majority of the differences get minimized.

You always think to do something better for others. Mother Teresa was born somewhere else but she served in India till her last breath to humanity.

For great personality whoever born on this world, all the human beings located in any parts of the world are like their own. The great men and women of the world sacrificed their lives for the services of humanity.

There are several NGOs and other organizations along with individuals working on the concept of Seva Parmo Dharma.

The Hindu scriptures and philosophy believes in the concept of “Nar hi Narayan” which means the humans are ultimate God.

We are unable to see the Ultimate Truth, however, we certainly know that we all are the creation of that ultimate creator.

From the perspective of Universal order, there is no difference between one human being to another one.

We all human beings originated from the same source of Energy. Hence, obviously to serve the human is to serve the ultimate One.

The Bhagavad Geeta is one of the greatest scriptures that teaches us to serve humanity. The holy epic postulates that no human being or any creature who gets birth here is bound to perform the duty.

No, any creature can be devoid of his prescribed duty. This is not only the order of the Dharma rather this regulates the sustainability of the Universe.

It is concluded that every creature wants to live for self-interest however the ones who serve humanity are better ones.

Seva Parmo dharma is also based on the principle of Nishkam karma. Every human being performs his assigned duty based on his intentions.

Karma can be performed having two types of intentions. One karma can be done by keeping the result of karma in mind better known as Sakam Karma.

On the other hand, if someone performs the karma without having the intention of the result known as the Nishkam Karma.