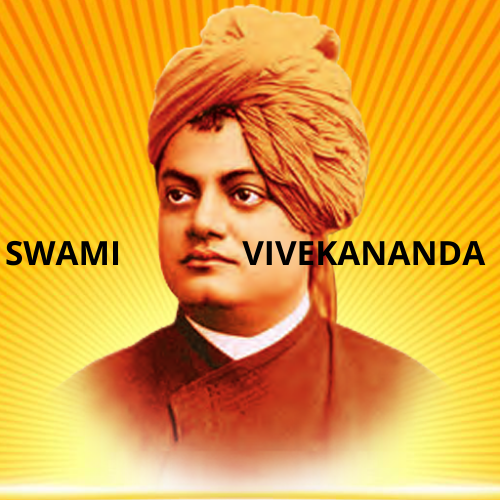 Swami Vivekananda quotes are most revolutionary and incredible not only to the youths but to the whole generations in the world. Narendranath Datta, known to the world as Swami Vivekananda, was an Indian activist and a spiritual personality of the mid-19th century. Swami Vivekananda explored different areas of Western philosophy, science, and social agendas. Swami Vivekananda infused the Indian philosophies and Hinduism way of life into Western society and utilized his knowledge of the two systems to work for social reforms in India.

Who is Swami Vivekananda

Born to parents of strong character and endowed personalities, Narendranath was always a boy of talents and mystical qualities. He had a deep interest in studies but was also notable in the field of music and gymnastics. Narendra was interested in devoutness from a young age and used to ruminate before the imageries of Shiva, Rama, and Sita. It can be seen from the life and biography of Swami Vivekananda that by the time he finished his studies at Calcutta University, he had already become proficient at subjects like Western philosophy, Hinduism, and various other historical subjects.

To know who is Swami Vivekananda, it is very important to go learn about him from the start. Vivekananda was a gifted boy and it was this precociousness that he had to go through a divine calamity regarding doubts about concepts like the existence of God. These doubts made Vivekananda reach out to Sri Ramakrishna at the Kali temple in Dakshineshwar in 1881. Vivekananda, under the influence of Ramakrishna, discovered new heights in his spiritual journey and became one of his followers.

After the death of his father and Ramakrishna, he decided to embark on a nationwide pilgrimage in 1890 to learn about the social and religious conditions of the people in India. After years of self-exploratory and divine adventures, Vivekananda decided to attend the Parliament of Religions 1893 in Chicago. It was his speeches at this event that made people recognize him as the ‘Messenger of Indian wisdom to the Western world’ and he adopted the name ‘Swami Vivekananda’. He spent 3 years of his life in America, preaching to the American people about Vedanta and Yoga, emphasizing Hindusim in the West. He spent most of his life trying to inspire and guide people towards spiritual paths all over the world through the charisma of his personality and the diversification of his knowledge.

Swami Vivekananda quotes are the results of the great life experience of this great saint. In the short life-span of this great ascetic, the words and the expressions of Swamiji became a marvelous inspiration for the whole world. His sayings and quotes pave the path to freedom, truthfulness, courage, and social service for the entire humanity. Swami Vivekanandanda’s thoughts and quotes about life serve as inspirations and guiding principles even for today’s world.

On Being True to Oneself

“The greatest religion is to be true to your own nature. Have faith in yourselves.”

On Life and Death

“Strength is Life, Weakness is Death. Expansion is Life, Contraction is Death. Love is Life, Hatred is Death.”

“Talk to yourself once in a day, otherwise you may miss meeting an intelligent person in this world.”

On the Choice of Words

“Truth can be stated in a thousand different ways, yet each one can be true.”

On Difficulties and Progress

“In a day, when you don’t come across any problems – you can be sure that you are traveling in a wrong path”

The speech made by Vivekananda at the event of the World’s Parliament of Religions is referred to as the Famous Swami Vivekananda Speech. Through this speech, he emphasized on the Western world his influence as the great spiritual leader and the prevalence of Hinduism as a significant religion in the world.

In this speech, Vivekananda started by expressing his gratitude to the fellow delegates and organizers of this event for welcoming him. Later, he voiced his gratefulness of belonging to a religion like Hinduism that has been the religion of love, peace, and tolerance towards the people of all caste, creed, or religion. He also stated Hidiusm’s offered support and shelter for the Israelites.

The ending part of his speech was focused against the agents of sectarianism, chauvinism, and hate towards people of religion. He expressed a sense of deep anger for people and social structures that have made the humans suffer because of religious intolerances. He concluded the speech by representing Hinduism’s efforts and support for humans around the world that are battling or have battled the worst form of religious struggles.

Swami Vivekananda was larger than life. He lived for a total of 39 years, but every year after the end of his adolescence marked something greater in his life. Swami battled 31 diseases in 39 years of his life and left this world on the eve of July 4, 1902.

The Conclusion of Life

Swami Vivekananda quotes are a great catalyst that transformed the lives of the millions on this planet. The life of Swami Vivekananda is a great example for all humans till the end of time. His love for knowledge and the will to use it for the greater good accentuates the humans to come out of self-centeredness and work for their religion and fellow humans. His books, quotations, speeches, and thoughts offer prodigious direction and muse for all humans.