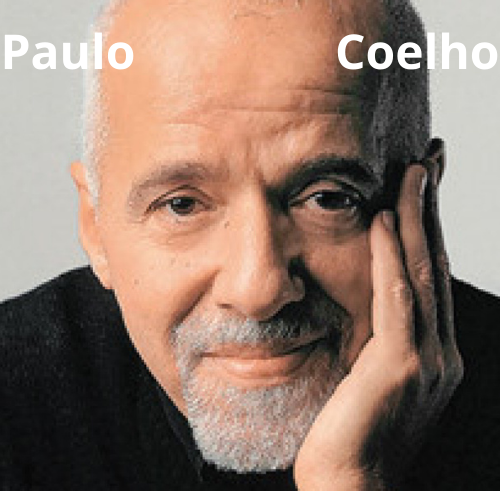 Paulo Coelho quotes revolutionized the whole new generations in the contemporary period. The global iconic Paulo Coelho is a Brazillian lyricist and novelist. He is famous in the modern world because of his book “The Alchemist”. The idea of spirituality reflects eminently in most of his works. He is an outstanding author whose words are so impactful that it gives a whole new meaning to life.

Who is Paulo Coelho?

Paulo Coelho de Souza is a well-known novelist. He was born in Rio de Janeiro, Brazil. Coelho’s childhood was quite an odd one. His parents were fairly strict about religion and faith. From escaping mental institutions to getting enrolled in a law school and living like a hippie, Coelho became the most successful novelist and lyricist of the present time. The major reason behind his fame and success is his writing style.

Paulo Coelho’s books are the best-sellers of the modern world. Translated into 81 different languages, published in over 170 countries, his writings speak of their demand and success.

Coelho accomplished so much that not only he distinguishes himself from the other Brazillian authors but also the authors all over the world. His novels are very different from the typicality. His writings have a sense of self-fulfillment and personal motivation. These qualities of enlightenment and positivity attract and influence millions of hearts all around the world. some of his piece of artworks include,

Besides these many other books are a part of the golden collection of Coelho’s writings. Some of his books are not quite appraised yet still they mark a significant place in literature and art.

The Alchemist is the most successful work of the Brazillian author Paulo Coelho. It is originally written in Portuguese with the name of O Alquimista. Published in 1988, The Alchemist still makes it to the list of the best-selling books all around the world. The novel themes to depict real-world issues with such spirituality and complexity that it tads the hearts of its readers. The symbolic figures, actions, and events that make up this book together create a perfect message the author intends to display.

The protagonist of this book is a young Andalusian shepherd boy, named Santiago. He saw a dream which he believes is prophetic. So, he asked a gypsy about his dream. Upon his finding, he went to pursue the meaning of his dream that is the search for a hidden treasure located in the Pyramids of Egypt.

As he started his journey to the Pyramids, he met an old king named Melchizedek. He introduced Santiago to the idea of a Personal Legend. Personal Legend is “what you dream to accomplish”. Santiago earned some money from the king after selling his sheeps. But, he eventually got robbed and his dream of finding the treasure once again came to a halt.

Again, Santiago started to work so that he can earn enough money to fulfill his dream. This time he worked for a crystal merchant and learned many new things and life experiences.

His journey continues and he met many different people including an English man, a girl named Fatima (whom he proposed marriage), and the wise Alchemist. All these people made him realize dedication, true love, and his true-self.

Finally, he reached his destination after many struggles. But unfortunately, when he started digging within the pyramids, he got robbed again. He accidentally learned from the leader of the robbers that the treasure he was looking for was nowhere but in the ruined church where he first saw the dream.

Paulo Coelho quotes always create an everlasting effect on its readers and listeners. Paulo Coelho is the writer of spirituality and extraordinary things. Some of his quotes that won the hearts of people are,

Paulo Coelho’s best book is none other than the all-time favorite “The Alchemist.” It is the masterpiece that teaches the readers to recognize the opportunities and to follow their hearts.This book is a collection of spirituality, mysticism, magic, wisdom, and the wonderfulness of life. The book depicts essential pieces of wisdom and self-discovery. Indeed, it’s a book of more self-love than a book of literature.

Paulo Coelho quotes and his writings make him by far the greatest spiritual writer of the present time. This man is entirely self-made and the best part is you can feel connected to every single word of his. His books are full of positivity and have the hidden meaning towards life and its treasures. Coelho’s quotes, sayings, and writings influence people and their hearts directly.