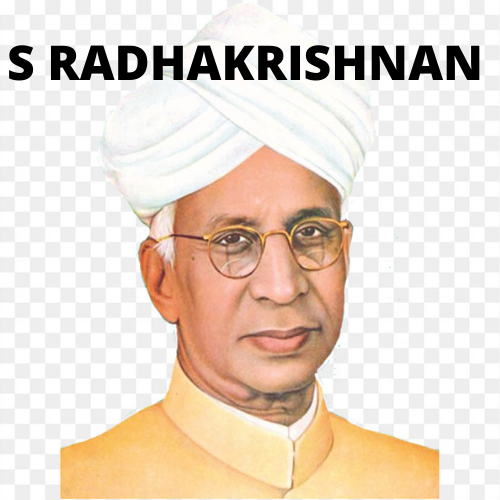 Dr. Savepalli Radhakrishnan, also known as S. Radhakrishnan was an Indian philosopher and academician who was also the first Vice President and the second President of India. His amazing contributions in the field of philosophy, comparitive religion, and politics were the reason he was honored with the highest award of the country, Bharat Ratna in 1954. He also played a very important role in the prevalence of Hinduism in the West.

Dr. Sarvepalli Radhakrishnan was born on 5th September, 1888 to a Brahmin family that resided in Tirutani village, Madras. From a very early age, Sarvepalli was a very good and hardworking student. He attended the Christian missionary school and later graduated from the Madras Christian College. He graduated with Arts as a major and studied Bible being a part of the Christian educational system. In 1916, he got married and also completed his Masters of Arts degree earning him a job as Assistant Professor of Philosophy.

Dr. Sarvepalli Radhakrishnan had great knowledge and expertise in different subjects. His qualities resulted in him becoming a member of the Constituent Assembly in 1947. He was also the head of several educational institutes at that time.

Service as the Vice President

Dr. Radhakrishnan’s personality made him a very important asset to the Indian government and leaders of that time. Pandit Nehru, in the upshot of this importance, made a surprise decision of creating the post of Vice President and unprecedently appointed Dr. Radhakrishnan to the office.

Becoming the Second President of India

From 1962 to 1967, Dr. Radhakrishnan served as the Second President of India. He was praised for his humorous nature, dedication, and knowledge by everyone in the government. Dr. Radhakrishnan maintained a healthy relationship with fellow countries and also holds the honor of being the first man to visit The White House in America via helicopter.

Sarvepalli Radhakrishnan made a significant contribution to the field of Philosophy. He tried to bridge the gap between the concepts and ideologies of Hinduism and Western science. The main contributions he did were in the field of:

Radhakrishnan tried to form a connection between the two sources of knowledge so that Hinduism and the West could both understand and value each other. He saw metaphysics with Vedanta tradition. He made various writings about metaphysics concerning Upanisads, Brahma Sutra, and Bhagwadgita.

This part of Radhakrishnan’s contribution deals with the concept of clairvoyance and the niceties of human experience. His study about the philosphy of perception and intuition brings in to light various characterstics about human intuition. Radhakrishnan connects human clairvoyance to different experiences like cognitive, ethical, religious, and psychic.

One can learn a lot from the teachings and messages of miraculous personalities like Dr. Sarvepalli Radhakrishnan. His wisdom stays with the world in the form of his writings, lectures, and quotations. Some of the best S. Radhakrishnan quotes are;

Dr. Sarvepalli Radhakrishnan led a very glorious and efficacious life. Not only he succeeded as a statesman, but his influences in the field of philosophy and religion are equally treasured. His life, work, and teachings express great wisdom for the people to come to no matter they belong to a political mindset or an educational mindset.