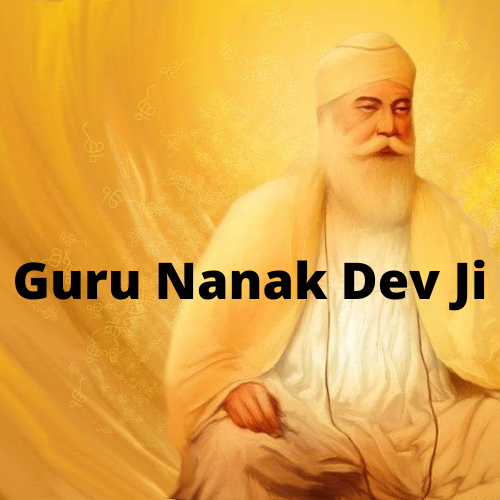 Guru Nanak Dev Ji, also called as Baba Nanak- was the founder of Sikhism. He is the first Guru among the ten Sikh Gurus. His lessons are about the concept of Ik Onkar (one God). He traveled all around Asia to prevail Sikhism and the message of peace, brotherhood, love, equality, virtue, and goodness.

Who is Guru Nanak Dev Ji?

Guru Nanak Dev Ji- the founder of Sikhism and one of the greatest religious visionaries of all time. He studied both Isalm and Hinduism but his religious ideas comprise of both the religions. He expressed his ideas of Sikhism through extraordinary mystical poetry. He was a spiritual thinker and his teachings form the basic scripture of Sikhism.

Although, very little information is present about the life of Guru Nanak Dev Ji yet still many stories of his life or the Janam Sakhis are a part of Sikh literature.

He was born on 15th April 1469, at Nankana Sahib Punjab, Pakistan (previously known as Rāi Bhoi Kī Talvaṇḍī village). Nanak’s family was Hindu, but because of his highly intellectual and innovative mind, he studied many religions and gave rise to Sikhism.

The Sikhs believe that Baba Nanak was especially blessed by the divine grace. Many stories and prophecies speak of this divine grace. These include his extraordinary academical achievement when he described a symbolism of the first letter of the alphabet, denoting the trueness of one God. Moreover, the miracles like a shade over his head from the sunlight while sleeping either from a tree or by a venomous snake.

Baba Nanak’s journeys were solely to pursuit spiritual wisdom and to prevail the ideology of Sikhism. According to one of his verses, he visited “Nau Khand” or the nine regions of earth.

In his last days, he settled in Kartarpur and died on 22 September of 1539. He appointed Bhai Lehna as his successor Guru and named him as Guru Angad. Just like Nanak’s whole life his death was not less than a miracle. To everybody’s amazement, Nanak’s body was never found, instead people found just a heap of flowers. His shrine is at Kartarpur Sahib that is around 180km away from Nanakana Sahib.

The concept of Shabad Guru in Sikhism means “the sound that is a teacher”. According to Sikh literature, this sound is universally balanced to remove all kinds of egoistic emotions and distortions.

Guru Nanak Shabad is the sound of Guru Nanak Dev Ji’s teachings and verses. It helps guide his followers towards the right part. It removes all kinds of worries, contractions, and ego from an individual’s heart. It helps understand what the Shabad means and how to implement it in life.

Guru Nanak’s words and teachings- scribbled in the form of 974 poetic hymns or shabda are the major pillars of Sikhism. Found as a collection of Sikh scripture Guru Granth Sahib. And the collection of verses as Gurmukhi.

There are two theories on Nanaks’ teachings.

Teachings on the concept of Rituals and Priests:

There are two parts of Vand Shahako. One that preaches sharing and the other that teaches brotherhood.

Following are some quotes from Guru Nanak Dev Ji:

It is a three-days festival that begins two days prior with the organization of Akhand Paths in Gurudwaras. On the main day, people woke up in the morning to recite various hymns and verses from Guru Nanak Dev Ji. Lunch and Gatka (a special type of sword dance) are specifically arranged on the very day.