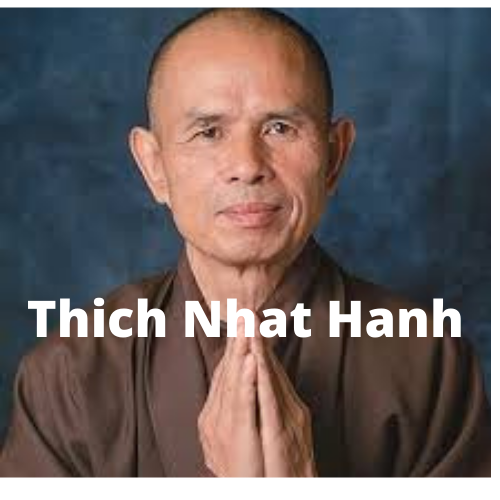 Thich Nhat Hanh quotes to the world provide a great takeaway for the people to revamp themselves for the betterment of this world. Thich Nhat Hanh is a global mystical leader, poet, and peace activist celebrated for his influential pearls of wisdom and successful piece of writings about mindfulness and harmony. The West refers to him as the ‘Father of Mindfulness’. He is also the founder of the Plum Village Tradition, which is one of the first schools of Buddhism. Thich Nhat Hanh has written and published more than 130 books till now, and more than 100 of these books are in English having sold over 5 million copies internationally.

How to Pronounce Thich Nhat Hanh?

Who is Thich Nhat Hanh

Thich Nhat Hanh was born on 11th October 1926 in Central Vietnam. He was dedicated to becoming a monk from a very early age and entered the Tu Hieu Temple, Hue City at the age of sixteen years as a neophyte monk. His fervor towards Buddhism has been stout since his early years as he was engaged in the 1950s movement for the revitalization of Vietnamese Buddism. Thich Nhat Hanh holds the honor of being one of the first bhikshus to study a nonspiritual subject at Saigon University. He is also one of the first six monks that have ride a bicycle.

Lotus In a Sea of Fire

In the days of the war in Vietnam, a lot of people enrolled in the armed forces to serve their country. Monks and nuns, however, were facing trouble about choosing their role in their country because their main purpose was to meditate and pray in their monasteries and places of worship. Thich Nhat Hanh decided to serve his country with every purpose he could serve. He meditated in the monastery and also helped the victims of the war. This is when he coined the term, Lotus in a Sea of Fire in his book named “Vietnam”.

Thich Nhat Hanh has written a lot of books ranging from mindfulness to meditation and meaning of life. However, the most popular recommendations from Thich Nhat Hanh books are:

Thich Nhat Hanh Quotes provides the true art of living to attain the ultimate peace on the path of liberation. Thich Nhat Hanh’s teachings have helped a large number of people to find their meaning in life. His teachings and messages in the form of Thich Nhat Hanh’s quote express his wisdom revolving around the world making influential changes in the minds of many people globally.

Some of the most famous quotes and sayings of Thich Nhat Hanh are:

“Breathing in, I calm body and mind. Breathing out, I smile. Dwelling in the present moment I know this is the only moment.”

“People have a hard time letting go of their suffering. Out of a fear of the unknown, they prefer suffering that is familiar.”

“Suffering is not enough. Life is both dreadful and wonderful…How can I smile when I am filled with so much sorrow? It is natural–you need to smile to your sorrow because you are more than your sorrow.”

“To be beautiful means to be yourself. You don’t need to be accepted by others. You need to accept yourself.”

“Many people think excitement is happiness…. But when you are excited you are not peaceful. True happiness is based on peace.”

“Mindfulness helps you go home to the present. And every time you go there and recognize a condition of happiness that you have, happiness comes.”

50 Sadhguru quotes to transform your life