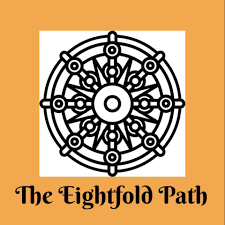 The great eightfold path to Nirvana( Salvation) is popularly known in the Pali language as “Ariya Atthangika Magga” while in the Sanskrit language as “Aryastangamarga”. The eightfold path is basically an “Art of living” rather than any customs or rituals. It is believed that it is the first sermon given by Lord Buddha which he delivered after enlightenment.

What is the eightfold path?

The eightfold path is the middle path (majjhima patipada) which is the middle way between extreme asceticism and sensual indulgence. You will get nothing being in both the extremes of life. Lord Buddha while in search of the ‘ultimate truth’ had to live on a grain of rice to survive. This path of extreme asceticism was unable to pave the path to nirvana. After following the middle path he attained enlightenment. He came to the conclusion that this very body is the only medium to attain nirvana. The other extreme of sensual pleasures will make you a slave of desires. Your mind, your senses will be master rather you, which ultimately will lead to sufferings in the end. This path is a great path shown by an enlightened person on this earth.

The eightfold path of Buddhism

The eightfold path is a gateway to attain nirvana(salvation) in this life. It is believed that nirvana is attainable in this very life rather afterlife. Nirvana is the supreme state of bliss. The practice of this path bestows ‘eternal bliss’ to its follower. Nirvana is the supreme state of humanity where only ‘right eligible’ of us become able to reach. However, the eightfold path paves the way to that ultimate truth.