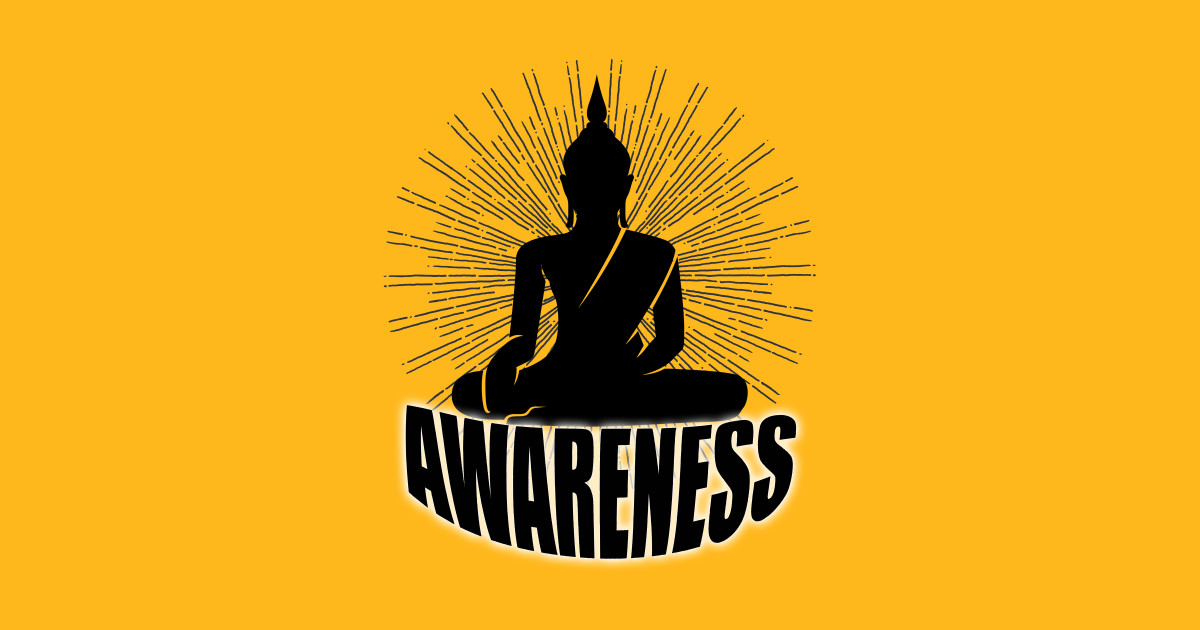 In the awareness, one must have to be in the state of ‘Continuum of Consciousness’ towards any fact or surroundings.

Awareness implies consciousness towards not only the self but the external world also. Majority of the human being is neither aware of the self nor towards the surroundings. Life has been sheerly mechanized. Human beings are living life senseless or unconscious way. They eat but what have eaten, they don’t have awareness.

They drink but how it tastes, they don’t know. They walk in the flower garden but what the fragrance smells like, they don’t have consciousness. An infant baby is crying, but there is no sense of his or her existence. This is the state of senselessness or unconsciousness. Life is just passing on without any cognizance of it.

Self Awareness is the key to be in a conscious state. For yogis and ascetics, consciousness is the path towards the ‘Ultimate Truth‘. Because it is the established belief that the whole universe originated and evolved from a ‘Super Consciousness‘. Consciousness is a form of energy and it is scientifically proven that Energy and Matter are co-related with each other.

Almost twenty-five hundred years ago Lord Buddha got enlightenment. Based on his own experience, he firmly propounded that the whole universe is mere combustion and vibration( Sabbo pajjalito loko, sabbo loko pakampito). A vibration is also a form of energy. In the just last century, Albert Einstein propounded the famous theory of Energy-Mass Equation(E=mc2). The energy and mass are co-related and directly proportional to each other.

Yogis and the ascetics by the practice of meditation and mindfulness tend to observe the thoughts continuously emerge in the mind. Not only the mind and passing thoughts but also they used to observe the sensations emerging on each and every part of the body.

In this process, they observe the sensations on mind and body as ‘Continuum of Consciousness‘ without any craving and aversion. The mind has a strong tendency to create either craving or aversion towards any sensation. The whole Yogic system strongly practices being neutral in both tendencies. This process paves the path to liberation and ultimately towards the Ultimate Truth. However, this becomes possible only when one by great practice reaches the state of the continuum of consciousness.

The state of awareness or consciousness emerges in the form of wavelength. These wavelengths find their presence in the whole universe. Hence, to be in an aware or conscious state connects with all living and non-living creatures in the universe.

Continuum of awareness leads to absolute consciousness. However, the illusion of the Maya (Mara) used to creates a state of Ego. The continuous practice of awareness and right knowledge paves the path to dissolve the Ego completely.

After dissolvement of complete Ego, there becomes unification of ‘the self’ with the ‘supreme consciousness’. This is the state of Ultimate Truth or Enlightenment. Whoever in this world attained enlightenment, have followed this great path of awareness to reach self-actualization.

What is self awareness

The most important question is how to be in a state of awareness or consciousness. Whatever the moment you are in right now, you can be in a state of awareness. The human mind is very much known as the ‘Monkey Mind‘. This monkey mind doesn’t want to be observed by anyone. But you can not be the mere mind because you are able to see the thoughts emerging in this mind. You are the master and the mind as a servant should serve the master obediently. But because the master is in a sleeping or senseless state, the servant has become the master of the house. When the master is sleeping and the servant has become the master, he can destroy the whole house.

The true yogis and ascetics since the day they entered in the process or awareness in their life, they count it as worthy. The life-period they lived in senselessness or in unaware state, they do assume it as worthless. The human life is just passing on day by day. The moment converts into hours, the hour into days, the day into years and finally one finds oneself in the lap of death. The most pivotal key of the human life is that whatever life is remaining for you–you must live every moment of every day being in the ‘State of Awareness’.