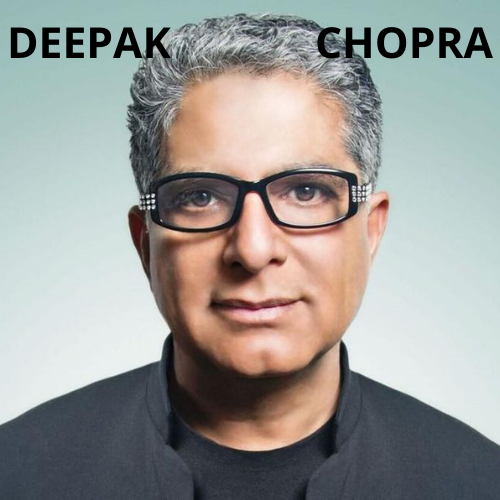 Deepak Chopra is an author and alternative medicine activist. He is a well-known and wealthiest practitioner in alternative medicine therapy. His ideas are controversial and often criticized in the medical world. Not only the medical professionals, Chopra’s use of “quantum healing” to cure ailments has startled the physicists as well. Despite all this Chopra has a huge fan following in the entire world.

Who is Deepak Chopra?

Deepak Chopra- an Indian American is one of the spiritual personalities of modern times. He is a noticeable figure in the New Age movement. He is also a licensed physician and an author who has written dozens of books that have influenced millions of people.

He was born on October 22, 1946, in New Dehli, India. He received his early education at St. Columba’s School. Later, he pursued medicine and graduated in 1969 from the All India Institute of Medical Sciences. His career started in the rural areas of India. During this period his interest in endocrinology particularly neuroendocrinology developed profoundly. In 1970, he got married to Rita Chopra and moved to United States. Here, he completed his residencies in internal medicine. In 1973, he became board certified in internal medicine and endocrinology.

In 1981, Chopra met an Ayurvedic practitioner- Brihaspati Dev Triguana. He introduced Chopra with Transcendental Meditation. Later, he met with Maharishi Mahesh Yogi- the inventor of Transcendental Meditation. With his help, he established a Maharishi Ayur-Veda Health Center in Lancaster, Massachusetts. Gradually, Chopra became a spokesperson for TM and the founding president of the American Association of Ayurvedic Medicine. He got awarded the title of “Dhanvantari of Heaven and Earth” by Yogi in 1989.

Chopra defines meditation as the key source of all the positivities in life. He urges his followers towards “total meditation” instead of “occasional meditation”. He thinks meditation is something that keeps you on the go. If you just leave it in the hustle of life you’ll never be able to work productively and your mind attains no serenity. According to him,

“Meditation takes you beyond the mind’s noisy chatter into the pure awareness that is the source of all your happiness, inspiration, and love.”

As per Deepak, the trick to a good meditation is simplicity. Whenever you have all those feelings of depression, frustration, and burdens meditation triggers your mind to feel inner peace. Following are the steps to meditate your mind and body,

Meditation puts a rebalancing effect on your brain. Chopra describes certain types of meditation and says that each and every one of them has its own soothing effect. Some of these mediation types are,

Prayer: It keeps you connected to God and helps in times of hopelessness.

Chopra has written over 80 books, out of which 21 of them are quite the best selling books of him. His books guide about alternative medicine, Ayur-Veda, and techniques to have a healthy mind and body. Some of his famed works include,

Besides these, Chopra has written many other books in collaboration with different authors, Ayurved’s, and professors. One of them includes Brotherhood, Dharma, Destiny, and the American Dream– that is a remarkable collaborated work with his brother Sanjiv Chopra.

Chopra introduced a new form of meditation to attain abundance in life. His Abundance Challenge is a 21-day program that is eminently designed to develop a positive mindset full of prosperity and abundance. The quality of this program is that it is for everyone even if they have not done meditation for once in their lives. You can register yourself in this program online and can get the day-wise videos of the abundance challenge. This program helps you get a better version of your life and a positive set of mind. As Deepak says,

“Affluence, unboundedness, and abundance are our natural states. We need only to restore the memory of what we already know.”

Some of his well-known and influential quotes are,

Deepak Chopra is a highly influential person whose motto is to attain a perfect health condition that is free from disease, never feels pain, cannot age nor die. He strongly believes in the spirituality of mind and soul. He thinks that the human mind is so powerful that it can overcome anything. He believes in the healing of minds and ultimately the bodies.