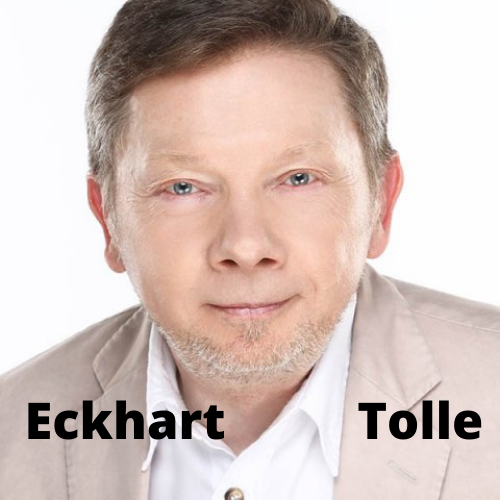 Ekhart Tolle quotes have evolved the traditional concept of the art of living and spirituality. The quotes having great potential to transform the lives of millions across the globe. Eckhart Tolle is a big name among the many spiritual personalities of the world. His work as a spiritual leader as well as a renowned author is quite illustrious in the modern realm.

According to The New York Times, Eckhart Tolle is “the most popular spiritual author in the United States.” Moreover, in 2011 the Watkin’s Review enlisted him as the most spiritually influenced individual in the world. In 2016, he made it among Oprah’s SuperSoul top 100 visionaries and influential leaders.

Who is Eckhart Tolle?

Ulrich Leonard Tolle- now known as Eckhart Tolle is a German-born Canadian resident, who is now one of the famed spiritual leaders and authors of the world. He was born in the small German town of Ruhr Valley on February 16th, 1948. Eckhart’s childhood was quite a sad one. Eckhart grew up in a fear of post-war Germany, where the bombarded buildings was the only playground he had. Not only this but his parents’ separation also played a prominent role in Eckhart’s childhood traumas.

When he was 13, he moved to Spain with his father, where he home-learned various languages, literature, and astronomy. At the age of 15, the books of Joseph Anton Schneiderfranke aka Bo Yin Ra set a profound effect on his personality. From there he started questioning the meaning of life. In the pursuit of all this, he started studying philosophy, psychology, and literature from the University of London. After graduating, he did a post-graduate scholarship at Cambridge University but soon left it in 1977 after receiving the inner transformation.

From Ulrich to Eckhart

After his inner transformation, Tolle started spending most of his time in the states of deep ecstasies. A 2012 interview article states that Tolle changed his name to Eckhart after seeing the name “Eckhart” on the pile of books in his dreams. He had this feeling that the books were his own writings. Moreover, he had a real-life experience when his psychic friend calls him Eckhart out of nowhere. So, this experience and that dream made Ulrich into Eckhart.

The Power Of Now By Eckhart Tolle

The Power of Now: A Guide to Spiritual Enlightenment is one of the most famous books by Eckhart Tolle. It is a 1990s book, translated into 33 different languages. The book deals with the spirituality and psychology of the human mind. The book uses many traditional systems and spiritual beliefs to teach the readers about the importance of the present-day. The book helps you overcome your past traumas and future worries. This book is the ultimate guide to live a happy and contented life by psychological as well as physical means.

Eckhart Tolle has written some outstanding books that teach you how to lead a happy life by attaining the end of our suffering. His books are no doubt a written form of therapy that helps you with all your physical as well as psychological worries.

Not only the books Eckhart’s teachings are also available in the form of DVDs.

Eckhart Tolle quotes leave a great impression on followers to live every moment of life. The quotes have changed the lives of millions of people across the globe in the contemporary era. There are plenty of quotes from Eckhart Tolle. Some of his most influential and full of life quotes are:

Eckhart’s meditation techniques are not typical it does not focus on spending a tranquil time in a silent space. Instead, it focuses on the benefits and the ability to meditate. His simple notion of breath points out that breath is not just an object but it is something we all have in common and is the ideal plan for meditation. According to Eckhart,

“Being aware of your breath forces you into the present moment- the key to all your inner transformation.”

Following are the Tolle’s meditation steps that helps build a positive mind.

Eckhart’s basic motto is to live in the present and forget about the past and future. This is the main idea of his teachings that not only allows you to experience the beauty of life but also helps you fight the negativity around you. Even if you were surrounded by the worst of things, feel free to move on without any sense of failure and loss.