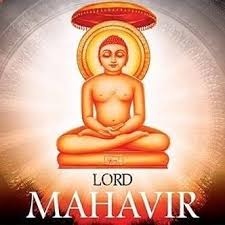 Mahavira is among the greatest leaders of the world and contributed greatly to all mankind and ages. He made some revolutionary changes in society and social life. Lord Mahavira is the last Tirthankara of the Jain religion of this era.

Mahavira was born in a blue-blood family given the name of Vardhaman. He was born on the 13th day of the rising moon of Chaitra month, 599 B.C. in Bihar, India. As per the English calendar, this day falls in April. His birth is celebrated as Mahavir Jayanti Day, particularly in India. He is the founder of Jain religion and preached people about it.

He was born as a prince and has all the worldly pleasures and comforts at his commands. But, he left his family at the age of 30 in search of peace of mind and the solution to eliminate pain, sorrow, and suffering. He spent the other next 12 and a half years of his life in silence and meditation to conquer and eliminate his desires, attachments, and feelings. He used to go without food for long periods but avoid harming animals and plants. He was a calm person and bears all the hardships calmly. These noble traits of him won him the title of Mahavira, the brave and courageous. During this medication period, his spiritual powers developed. He ended at the realization of perfect perception, knowledge, power, and bliss that is termed as “keval-jnana” or the “perfect enlightenment”.

After realizing the eternal truth of attaining total freedom from the cycle of birth, life, pain, misery, and death, and achieve the permanent blissful state of one’s self, he spent 30 years of his life traveling barefoot around India to preach. The eternal truth is liberation, nirvana, absolute freedom, or Moksha. He explained to people under the influence of Karma our souls are inhabited to seek the pleasures in worldly goods which is the root-cause of self-centered violent thoughts, deeds, anger, hatred, greed, and such other vices.

Mahavira preached the real path to attain the liberation of one’s self.

For following the right conduct five vows are followed by the Jains and religion of Jainism:

Monks and nuns follow these faiths strictly however the normal people apply them only to which their life and lifestyle permits. Jainism exists even before Mahavir, he only reformed and modified the teachings that correspond to his times.

“A living body is not merely an integration of limbs and flesh but it is the abode of the soul which potentially has perfect perception (Anant-Darshana), perfect knowledge (Anant-jnana), perfect power (Anant-virya), and perfect bliss (Anant-sukha)”.

Mahavira died of starvation in Pavapuri, India in 527 BC. He attained Kevala Jnana at the age of 42 years and Moshka at the age of 72 years. On the night of his salvation, the people now celebrate the festival of lights “Dipawali” in his honor. Diwali symbolizes the victory of light over darkness, good over evil, and knowledge over ignorance, as these are the traits that Mahavira taught. He left behind the lights of ‘good’ with his teachings.

EQUANIMITY OF MIND: THE BEGINNING OF AWARENESS