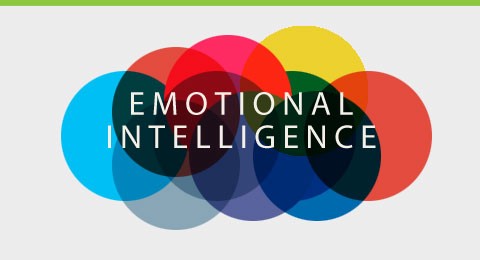 Emotional intelligence is the specific intelligence of human beings, under which a human being not only understands his and other people’s feelings but also finds capable to manage them properly.

What is Emotional Intelligence

It is a kind of intelligence based on the human being’s emotional perspective. Man is a social animal – it is a universal conclusion. The human body has been the result of a continuous evolution and development process. The human being is not only a conscious entity but the mind located inside his body is the finest creation of nature. The human mind is a complex center of thought, sensation, emotion, and analysis. It is due to these special qualities that the human being is superior among all creatures. The brain deeply analyzes complex things and makes better use of its intelligence. Intelligence and emotions inside human beings continue to be accompanied by continuous action and response.

Emotional Intelligence: Why it can matter more than IQ

Traditionally it was believed that only intelligence is responsible for human development and life achievements. In this sequence, a system like Intelligence Quotient (IQ test) was evolved. Under this system, the human brain’s ability to be determined based on analytical power, memory capacity, and logical knowledge. Those whose intelligence i.e IQ was found to be higher were considered superior and those whose IQ was found to be low were placed in the lower category. Over time, it emerged an important fact that many human beings whose IQ level was very high, but their achievement in social life or practical life was very poor. The same few people whose IQ level was normal, but they were at the zenith of their most effective and important life achievements.

It is a great belief that as much as man knows himself, no one knows him. Although in practice, most humans do not know themselves. His whole life is unconscious. If we do not know ourselves, then there is no question of knowing the feelings and thoughts that arise within. The most important condition of emotional intelligence is that human beings must understand and know the thoughts, feelings, emotions, passion that emerge within. Man’s behavior is an expression of thoughts and feelings. Many times a person does such tasks, which he does not know. The primary cause is a lack of self-awareness.

A person who is able to understand the thoughts, emotions generated within himself, can also manage it properly. If he is angry, he knows what is the reason for it. If he is afraid or worried then he also understands what is the reason behind it. The one who lacks self-awareness, ultimately it leads one’s life into anger, fear, anxiety, depression, etc. These are some major negative components that are considered as primary flaws of the sound mental and emotional health of human beings. Under these conditions, man is not able to manage himself better.

Society has been formed by assembling humans. A human being not only has to live in society but also has to manage numerous complex social relations. At the same time, a man has to understand multiple complex relationships like being a father, a son, a brother, an officer, a citizen, a friend, a lover, a social member, etc. In the same way, a woman also has the challenge to keep consciousness about complex social relations simultaneously. Human beings also have to keep compassion or sympathy towards others in society. Under social consciousness, a person remains conscious and aware of the environments around him.

The complex relationship and the proper management of it by a human being is the basis of his personal and professional achievements. Only with intelligence, you are not able to manage social relations efficiently. An emotionally intelligent man solves any problem in his personal life which emerges due to the complex human relationships. Healthy family relationships improve man’s motivation and overall productivity. This man is also able to solve any complex problem arising among colleagues even at his workplace. He is able to influence and convince other people very effectively. A person with emotional intelligence is quite comfortable with people. As a result, the organization gets clear benefits of great teamwork. Emotional intelligence makes a human being an effective leader simply by creating positive influences on others.

The concept of emotional intelligence as old as the evolution of human beings, however, the term got popularity with the titled book written by Daniel Goleman. Being a science journalist, Goleman scientifically rationalizes how emotional intelligence plays a vital role in the life of humanity. Emotional intelligence paves the way for life to live in the best way. The inherent shortcomings of the contemporary education system have given a human being such knowledge that he can solve complex problems of software but fails to solve a small problem of relationships in life. The trivial problem in life takes him into a cycle of anxiety, stress, and depression. Some human beings escape from this valuable life and cowardly go on to quit it. They have excellent marks of the intelligent quotient, but they prove extremely unsuccessful in life. Emotional intelligence gives the option to solve all these human problems.