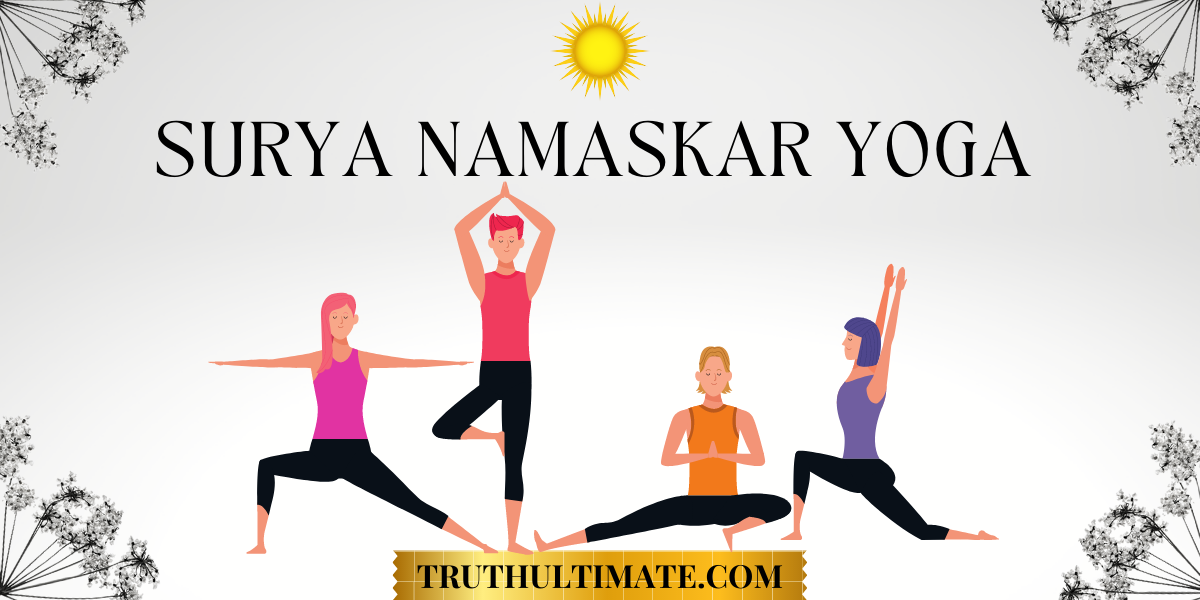 Surya Namaskar yoga is one of the most famous and fundamental yoga postures in the world. Yoga gurus prescribe to start the day and yoga sessions with sun salutation. The reason for this is the wholesome effects offered by Surya Namaskar through its 12 rewarding Asanas.

Surya Namaskar, also known as Sun Salutation, is a series of 12 yoga postures that make up to form one complete yoga practice. As the name suggests, the purpose of this yoga asana is to offer one’s gratitude and respect to the sun in return for its energetic and life blessing energy.

When to do Surya Namaskar Yoga

As the name suggests, and as the spiritual meaning of this posture suggests, Surya Namaskar should be performed early in the morning before the time of the sunrise. Surya Namaskar has several health and spiritual benefits such as the strengthening of human mind and body, increased physical and mental regulation, tranquility of the mind, composed energies, and internal serenity.

The name Surya Namaskar or Sun Salutation can be a bit deceiving for beginners. The 12 Asanas involved in Surya Namaskar are not easy and require constant practice and development of physical and mental control. However, being a fundamental piece of the yoga routine for ages, several yoga gurus have developed a roadmap for beginners that seek to master Surya Namaskar. The roadmap includes three very important steps:

Concentrate on your Breathing

Practicing yoga is not about your physical capability to hold your body at one posture. Rather, it is the art of harnessing a uniform breathing pattern along with powerful movements. Keep your breath calm because a calm breath helps to gain physical and mental control.

The key to master Surya Namaskar is to train yourself to carry the physical and mental energy together. Constant practice of Surya Namaskar will help to achieve a better and focused version of yourself.

The key to Surya Namaskar and all other yoga postures is a strong balance. Any mistakes in balancing your body can lead to serious injuries. To master the 12 poses without losing balance concern a yoga guru or online lessons.

Inhale and lift your arms up and keep your arms near the ears.

Regulate the stretch of the whole body, from the heels up to the tips of the fingers.

Rest of the steps are just repetitions of the earlier ones and should not be left without completing all 12 Asanas of Surya Namaskar yoga.

Surya Namaskar originated from Ancient India, however, the concept of praying to the sun has been around for centuries. Sun is the ultimate source of energy and supports the human life like no other entity ever can.

Surya Namaskar is a way of respecting the sun through a physical and mental offering through the 12 Surya Namaskar Yoga Asanas. It has several benefits some of which are: